T-Series artist Armaan Malik, ruling hearts of music lovers with T-Series hits like ‘Badnaamiyaan’, ‘Main Rahoon Ya Na Rahoon’ among others is ready to unveil his latest ‘Single Ghar Se Nikalte Hi’, reprised from the 1996 Jugal Hansraj and Mayuri Kango-starrer Papa Kehte Hain. This will be the first of the many more singles coming up from T-Series in 2018.  Watch out for new talent Angel who will mesmerize the audiences with her ethereal beauty. The music for the single is recreated by Armaan’s elder brother, composer Amaal Mallik, with additional lyrics by Kunaal Vermaa. Bollywood’s heartthrob singer Armaan says, “I had never heard the original song before. Bhushan sir has always been encouraging towards my career. I feel fortunate he thought of me to reprise his all-time favourite song. It’s a beautiful melody, amazingly elevated by Amaal. The song has beautifully written new lines. The fun part was shooting the video in High-Speed so I had to sing the entire song 2x times faster than its original tempo. That was a challenge. The visuals of shooting in Greece will remain in my heart as it was my first time.

Adds Amaal, “‘Ghar Se Nikalte Hi’ allowed me freedom to work around it and apply my own creative to it. Bhushan Kumar’s ear for music, his ability to understand the audience pulse makes you want to marry his vision each time. Such beautiful melodies are never easy to recreate and so I hope all the efforts gone into making this single, bear fruit.”

The man who first visualised Armaan recreating the old song, Bhushan Kumar of T-Series, shares, “‘Ghar Se Nikalte Hi’ is like going back to an innocence that marks the emotions of love and longing of the bygone era. We felt Armaan was the right choice for it as a he has major fan following with youth.  And, shooting it in the old town of Chania has helped further in evoking that tender, undefiled romance.”

Bhushan Kumar, who brought back the era of music videos / singles, plans to release around 20 singles this year. 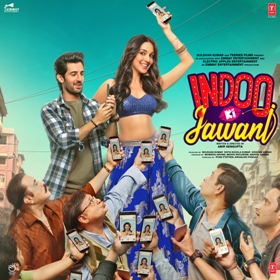